The following excerpts are from ‘How Exactly Wolves Change the Course of Rivers’ by Ray Molina of yourdailymedia.com Mar. 1, 2014

I know you’re thinking that this can’t be possible – just read on!
Just this week ViralNova posted this topic so I thought I’d republish it for those who missed it on Mar. 4, 2014.  The video is really a must see.

…Trophic cascade is when the behavior of top predators have a trickling down effect on their environment. Let’s call these predators the “one percent.”

The one percent may be vicious killing machines who think only of themselves, but even bad intentions could have good outcomes. We are finding out that their murderous ways can be useful in controlling the over population of herbivores that are eating more than their fair share, which leaves little for a multitude of other animals lower on the food chain.

Eventually there will be plenty of wolves, perhaps even too many, and at some point we may need to protect the rest of the food chain from these top predators.

But like most things, if not everything, there’s a time and a place.

I do wonder about whether or not the Ecosystems would have just found a new way to balance themselves out over time. Who knows how long that might have taken though, or maybe it’s currently happening in ways we cannot yet witness.

The main culprit of our Eco failures is you and me through our destruction of habitats through land-developing and hunting and pollution. We really blew it, and now we’re trying to cut our losses by celebrating animals that repair our mistakes.

In the video below, Author/Activist George Monbiot describes to an audience at TED the effects of Wolves that were reintroduced into Yellowstone National Park in the mid 90’s.
He describes how the wolves, in a relatively short period of time, have transformed the landscape and allowed more varieties of life to flourish. And wolves did it in ways we never expected.
It’s a humbling reminder of just how connected life on this planet really is.

The original TED talk by George Monbiot, gives numerous examples of how “rewilding” our ecosystem can give us back the earth our predecessors had the privilege of experiencing.

NOTE: There are “elk” pictured in this video when the narrator is referring to “deer.” This is because the narrator is British and the British word for “elk” is “red deer” or “deer” for short. The scientific report this is based on refers to elk so we wanted to be accurate with the truth of the story.

When wolves were reintroduced to Yellowstone National Park in the United States after being absent nearly 70 years, the most remarkable “trophic cascade” occurred. What is a trophic cascade and how exactly do wolves change rivers? George Monbiot explains in this movie remix.

Scientists are re-designing pharmaceuticals and other contaminants to keep them out of our drinking water. 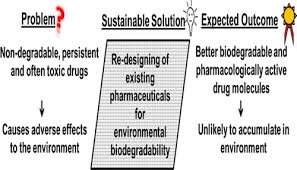 Making pharmaceuticals that degrade before they can contaminate drinking water.

In recent years, researchers have realized that many products, including pharmaceuticals, have ended up where they’re not supposed to be — in our drinking water. But now scientists have developed a way to make drugs that break down into harmless compounds before they contaminate our taps.

Their report appears in ACS’ journal

The researchers chose to work with a commonly used drug called propranolol — a beta blocker prescribed to treat high blood pressure and to prevent heart problems. It is very stable and has been found in sewage. They made a small molecular change in its structure that didn’t affect its beta blocking activity but allowed it to break down more easily than the

original form. Further studies are needed, but initial testing showed that the altered drug and its byproducts are likely not toxic. The researchers suggest that a similar approach could be used to re-design other classes of drugs and chemicals to make them more environmentally friendly, too.

A wide range of active ingredients originating from pesticides, shampoos, lotions, cosmetics, disinfectants and drugs get washed into sewage systems or rivers and streams, ending up in our tap water.

Scientists don’t have a complete picture yet of what effects these substances have on wildlife and human health, but they are a major concern. Researchers have detected them in low levels in streams and rivers across the United States and in other countries. To address the specific problem of medications in the environment, Klaus Kümmerer and colleagues made tweaks to pharmaceuticals so they degrade after they’ve passed through both the body and sewage treatment systems, which aren’t capable of scrubbing wastewater of all contaminants.

Dr. Klaus Kümmerer, professor of sustainable chemistry and material resources at the University of Lüneburg

The authors acknowledge funding from the German Ministry of Education and Research.

You can refill an 8 oz glass of water approximately
15,000 times for the same cost as a six-pack of soda.

An automatic dishwasher uses approximately 9 to 12 gallons of water while hand washing dishes can use up to 20 gallons.

If every household in America had a faucet that dripped once each second, 928 million gallons of water a day would leak away.

A dairy cow must drink four gallons of water to produce one gallon of milk.

300 million gallons of water are needed to produce a single day’s supply of U.S. newsprint.

A person should consume 2½ quarts of water per day (from all sources of water, food, etc.) to maintain health.

The first water pipes in the U.S. were made of hollowed-out logs.

The world’s rainiest place is Mt. Wai’ale’ale, Kauai, Hawaii. During an average year, there are only 15 dry days.

The water in Lake Tahoe could cover a flat area the size ofCalifornia 14 inches deep. This amount of water is enough to supply everyone in the U.S. with 50 gallons of water/day for 5 years.

The Road to Happiness ~ Inspirational Friday

THE ROAD TO HAPPINESS – BEAUTIFUL AND INSPIRING MOVIE

A quote from the book, “The Road to Happiness”, by Mac Anderson and BJ Gallagher: “I believe that happiness is an attitude of gratitude; and I commit to giving thanks.”

Enjoy the video further down…

“Happiness depends on ourselves.” More than anybody else, Aristotle enshrines happiness as a central purpose of human life and a goal in itself. As a result he devotes more space to the topic of happiness than any thinker prior to the modern era.

“Happiness is like a butterfly; the more you chase it the more it will elude you, but if you turn your attention to other things it will come and sit softly on your shoulder.”  ~ Thoreau

“Being happy doesn’t always mean that everything is perfect.  It means that you’ve decided to look beyond the imperfections.”   ~ Unknown

“Happiness is when what you think, what you say and what you do are in harmony.” ~
Mahatma Gandhi (1869 – 1948), Indian leader and politician

Let us all strive to travel  our own road to happiness
with “The Happiness Creed”.

Here in Ottawa, Ontario, Canada we have a long weekend to look forward to. Labour Day is also celebrated in the USA this weekend.  Were looking forward to some glorious sunny and warm weather – hope you are also, wherever home is for you and that you have been inspired by the video and plan to share with others.

There are a number of ways to save water, and they all start with you.

When washing dishes by hand, don’t let the water run. Fill one basin with wash water and the other with rinse water.

Dishwashers typically use less water
than washing dishes by hand.
Now, Energy Star dishwashers save
even more water and energy. If your dishwasher is new, cut back on rinsing. Newer models clean more thoroughly than older ones.

Designate one glass for your drinking water each day, or refill a water bottle. This will cut down on the number of glasses to wash.

Soak pots and pans instead of letting the water run while you scrape them clean.

Use the garbage disposal sparingly. Instead, compost vegetable food waste and save gallons every time. 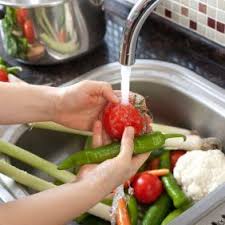 Wash your fruits and vegetables in a pan of water instead of running water from the tap.

Don’t use running water to thaw food. For water efficiency and food safety, defrost food in the refrigerator. 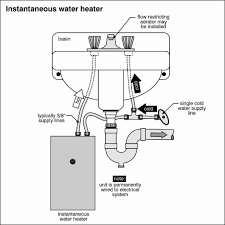 Install an instant water heater near your kitchen sink so you don’t have to run the water while it heats up. This also reduces energy costs.

Keep a pitcher of drinking water in the refrigerator instead of running the tap. This way, every drop goes down you and not the drain.

Reuse leftover water from cooked or steamed foods to start a nutritious soup, it’s one more way to get eight glasses of water a day. 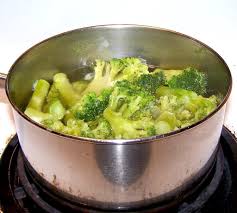 Cook food in as little water as possible. This also helps it retain more nutrients.

If you accidentally drop ice cubes, don’t throw them in the sink. Drop them in a house plant instead.

Collect the water you use while rinsing fruit and vegetables. Use it to water house plants.