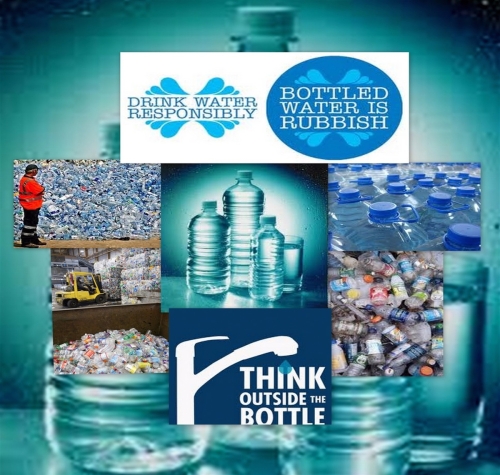 Addicted to bottled water? You can save lots of money a month if you can kick your bottled water habit and start using good, old fashioned tap water. This infographic argues the point that bottled water isn’t any more superior than regular water and that we are all being conned by marketers to buy priced up water.

Don’t like the way your local tap water tastes?

We have answers to the above question ~ a whole house carbon filtration system that leaves you with pure, clean and healthy water for a lifetime ~ watch our video.

HAVE YOU EVER SEEN THE RAIN? 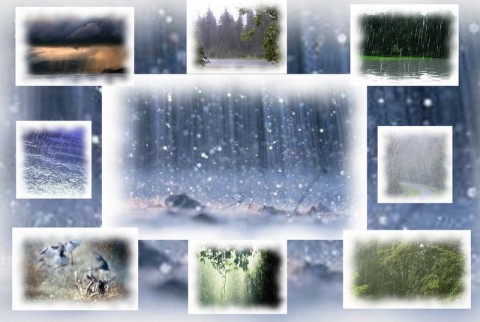 Watching and listening to a summer’s gentle rainfall on the lake is so restorative.
Children around the world take great delight in splashing through puddles during a rainfall.
To many people rainfalls are uplifting, invigorating and soothing.

I uploaded the following video to YouTube on November 2, 2012 for this blog ~

There have been hundreds of popular songs written about the rain – for example: ‘Raindrops Keep Falling On My Head‘; ‘Dancing In the Rain’ and most recently “Have You Ever Seen The Rain?” performed by Phillip Phillips on American Idol.

~ Do you know how rain actually is formed? ~

The drops or ice crystals, in the form of cloud, become so heavy that the air cannot hold them up and they fall to the ground as rain… Since rain provides fresh water making the rivers flow, filling lakes and keeping plants alive, it is very significant. We cannot imagine our life without water ~ excerpt from The Benefits of Rain by Michael C Miller ~ http://ezinearticles.com/?The-Benefits-of-Rain&id=4795042

Rain can bring joy, as some consider it to be soothing or enjoy the aesthetic appeal of it.
In dry places, such as India, or during periods of drought rain lifts people’s moods.
In temperate climates, people tend to be more stressed when the weather is unstable or cloudy.
In Botswana, the Setswana word for rain, “pula”, is used as the name of the national currency, in recognition of the economic importance of rain in this desert country
People find the scent during and immediately after rain pleasant or distinctive. The source of this scent is petrichor, an oil produced by plants, absorbed by rocks and soil, and later released into the air during rainfall –   http://en.wikipedia.org/wiki/Rain

I know you’ll enjoy the following rendition of “Have You Ever Seen the Rain?”, performed by Phillip Phillips, American Idol’s 11th season finale winner this year.

The following comments are from http://www.lacarte.org/songs/rain/ 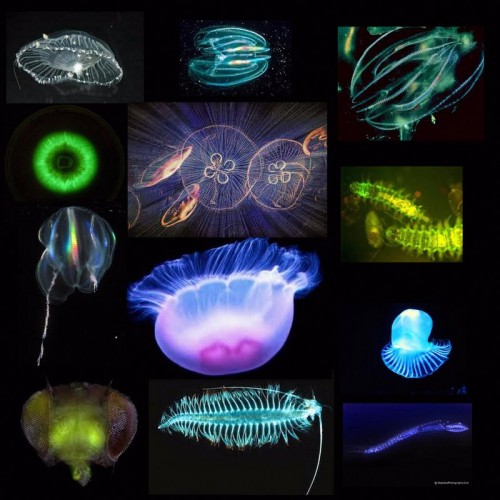 YOU WILL BE ABSOLUTELY AMAZED AT THE UNIQUE CAPABILITIES OF THESE UNDERWATER CREATURES!!!

http://www.ted.com David Gallo shows jaw-dropping footage of amazing sea creatures, including a color-shifting cuttlefish, a perfectly camouflaged octopus, and a Times Square‘s worth of neon light displays from fish who live in the blackest depths of the ocean. Uploaded by TEDtalksDirector on Jan 14, 2008

I think the “jaw-dropping” moment they refer to happens 4 mins and 24 secs. into the video – don’t miss it!! 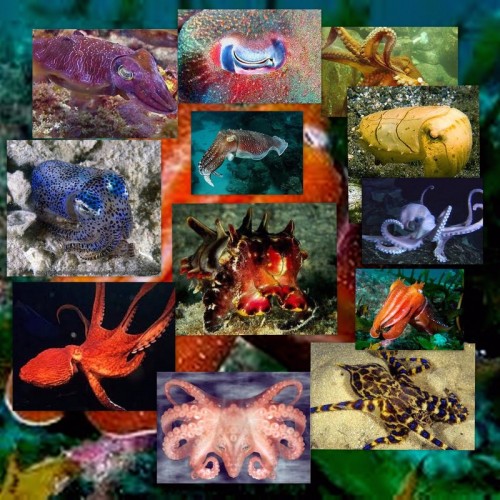 This video, “octopus Camouflage” was uploaded to YouTube by oldenhaller on 2 Feb 2008.

Deep sea creature‘s ability to camouflage for many reasons is absolutely fascinating!

TEDTalks is a daily video podcast of the best talks and performances from the TED Conference, where the world’s leading thinkers and doers are invited to give the talk of their lives in 18 minutes. TED stands for Technology, Entertainment, and Design, and TEDTalks cover these topics as well as science, business, politics and the arts. Watch the Top 10 TEDTalks on TED.com, at
http://www.ted.com/index.php/talks/top10

When I hear David Gallo mention that 97% of the ocean’s world  has yet to be discovered, I can’t wait to see what weird and wonderful mysteries of ‘the ocean deep’ will be studied and shared with us next! 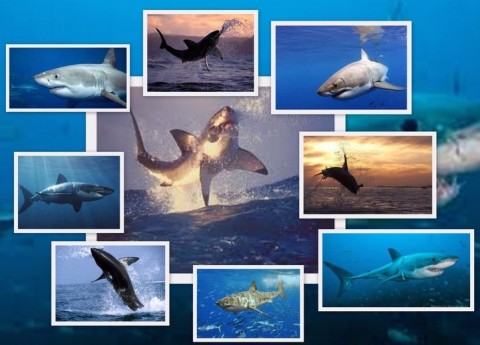 To observe Shark Week 2012, I’ve found two incredible videos to share with you that I know you will find to be entertaining and educational.

The terror of the deep swims onto television screens this week as the Discovery Channel’s beloved ‘Shark Week’ kicked off Sunday evening. Executive producer Brooke Runnette explains the 25-year success of the Discovery Channel event ~ “The Discovery Channel works with scientists across the world to produce the programming that has made Shark Week the staple of every shark enthusiast’s summer. Runnette says marine biologists often pitch ideas to her and the network provides funding for their projects. Discovery Channel also works with the Ocean and Pew Charitable Trusts to sponsor legislation and public service announcements to promote shark conservation.”  ~ excerpt from: http://www.usnews.com/news/articles/2012/08/14/why-shark-week-sells

You will probably be amazed by the wealth of information about the great white sharks shared in the following video ~ CNN’S Anderson Cooper on Assignment for 60 minutes ~ YouTube video, “The Sharkman”  Uploaded by CBSNewsOnline on Jul 24, 2011.

Anderson Cooper dives unprotected with great white sharks and Michael Rutzen, known as “The Sharkman”, a South African who’s spent more time up close with the ocean’s most feared predator than anyone else.

According to Rutzen ,”the great white sharks are far from mindless killing machines – great whites are smart, curious and not out to kill humans.”  He says that when looking for a great white shark he can swim with, he needs one who is calm, curious and one he refers to as a ‘player’ – so relaxed, has a nice personality and woke up on the ‘right side of the reef’.

Another amazing video from YouTube ~ “THE SHARKMAN – Micheal Rutzen Hitches Ride On A Great White Shark“.

Michael Rutzen plunges freely with a great white shark. Rutzen eats, sleeps, breathes and dreams of sharks and is on a one-man crusade to prove that rather than being the crazed man-eater from Jaws they are in fact sociable and approachable creatures to anyone who understands their body language. Uploaded by halitkiraz on Aug 22, 2009 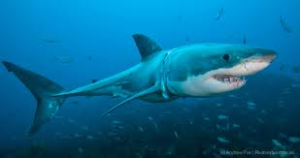 I trust that you enjoyed these videos and will share. Let’s hear from you ~ we appreciate your feedback. 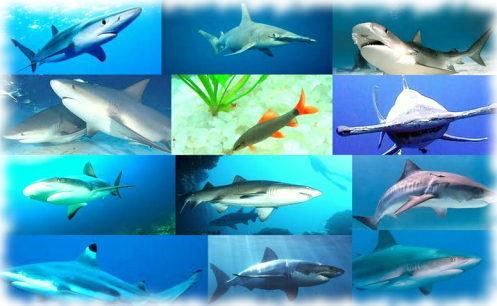 Shark enthusiasts world wide know that this week is the 25th celebration of SHARK WEEK,  and for those who didn’t ~ now you do.  Why not let us know how you’re celebrating the event.

Philip De Franco is Discovery Channel’s host for Shark Week, 2012 and was asked, Why are we so fascinated with sharks? “Sharks are the last ‘wild’ thing. The power and the general awesomeness make them near the top of the food chain, and there is something interesting in all of that.”  “They’re smooth. They’re iconic. They’re a lot of species,” De Franco says of sharks. “They’re just awesome.”

Check out the Discovery channel Shark Week’ viewing for this week:

On Tuesday, Aug. 14th” you can watch, “Adrift: 47 Days with Sharks” (10 p.m., Discovery). The true story of soldiers who survived being in shark-infested waters for weeks is revealed in this documentary.

On Thursday, Aug.16th at 9 p.m. you can see, “Great White Highway” (9 p.m., Discovery). California‘s sharks don’t always swim around Hollywood deals. They can be found nearby in the ocean, too.

You’ll find many additional videos to watch with the same link above.