LISTEN TO YOUR (PENGUIN) HEART ~ HOW PRECIOUS!!! 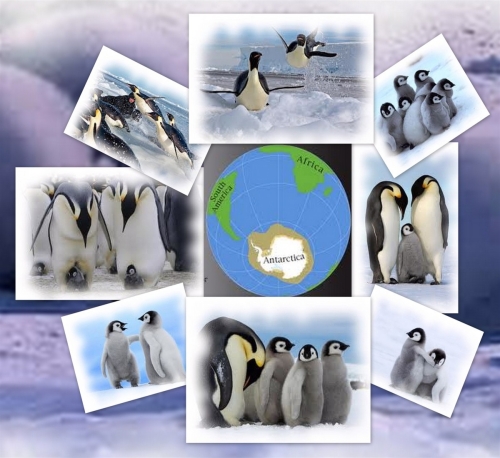 Credit for this beautiful Emperor Penguin film goes to Ruedi & Priska Abbühl… And the Music … All glory goes to composer Mike Rowland from the album “My Elfin Friends,” who is currently compiling a book about the power of healing through music…I have the impression that to penguins, man is a different kind of penguin, unpredictable, occasionally violent, but tolerable company when he sits still and admires Nature and leaves it as he found it. ~Aetopus/AC 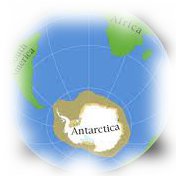 WHERE PENGUINS LIVE: Penguins do not live in the Arctic. They live on the shores of Antarctica and they also live in the south of Australia, New Zealand, America & Africa. The most northerly place that penguins live is on the Galapagos Islands which is near Ecuador in South America. Even though there is ice in Canada and the Arctic, penguins don’t live there or in the northern half of the world.

No other animal other than penguins can draw attention to the environmental damaged caused by oil and gas drilling (fracking and mountaintop removal), my reason for ending this video with the message “NO TO ARCTIC DRILLING!” ~Aetopus/AC
Please see my previous blog, “Fracking Hell ~ A Catastrophe!”

Here is a great YouTube video, “Birth and March of Emperor Penguins“, from Nature’s Great Events – In the coldest part of the planet, Emperor Penguins breed and give birth to their young, only to begin a great march toward the coast.

Chinese icebreaker sails to Atlantic Ocean and back via Arctic route, marking first for China

BEIJING, China – A Chinese icebreaker docked Thursday at Shanghai after becoming the first vessel from China to cross the Arctic Ocean, a landmark trip that is part of Beijing’s efforts to expand its presence in the Arctic.  With melting icecaps accelerating the opening of new shipping routes and the exploration of oil, gas and mineral deposits in the Arctic, China has been eager to gain a foothold in the region.   The icebreaker Snow Dragon returned to Shanghai after wrapping up a three-month mission that took it from the Pacific Ocean to the Atlantic via the Arctic, the Shanghai-based Polar Research Institute of China said in a statement. The vessel’s 119 crew members completed an oceanic survey in waters around Iceland with their Icelandic counterparts.  Though it has no territorial claims in the Arctic, China has been lobbying for permanent observer status on the eight-member Arctic Council in a bid to gain influence.  During summer months when they are passable, Arctic shipping routes between China and Europe are 40 per cent faster than travelling through the Indian Ocean, the Suez Canal and the Mediterranean Sea.  The institute’s statement said Snow Dragon gained “first-hand information about navigation in Arctic sea lanes as well as the oceanic environment, and carried out useful exploration and practice for our nation’s ships that use Arctic passages in the future.”

The following excerpts are taken from ShanghaiDaily.com, ‘Bai steers a steady course to an Arctic first’, by Evan Liang, 9.27.12

A LOCAL university teacher has become the country’s first woman to have sailed across the Arctic Ocean.  Bai Xiang’en, 28, was one of four people at the helm of China’s only icebreaker Xue Long, or Snow Dragon, on an expedition from July to September… be part of the 90-day science exploration… “The journey has greatly improved my navigation skills,” she said… Bai was the only woman among four people selected due to her extensive knowledge and experience of sea travel… while teaching at the university’s Merchant Marine College… Bai said sailing in the East Siberian Sea presented an enormous challenge, with its floating pack ice and icebergs. She had to exercise extreme caution at all times to avoid hitting icebergs or getting trapped between sheets of ice. 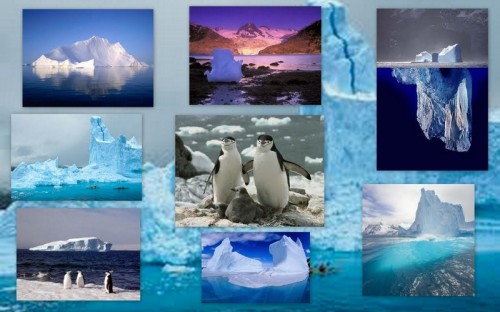 At this very moment so many of us are experiencing the unprecedented current heat wave that I thought it would be a great idea to be able to watch some videos to help us cool off ~ hope you enjoy your armchair visits to the top and bottom of our world ~ the Arctic and Antarctica.

Experience the peacefulness of the icebergs in the Arctic and belugas beneath the waves while listening to singer Demetra Penner’s beautiful voice ~ from explore.org

Crowning the top of the world, the frozen Arctic Ocean provides an unlikely home for a spectrum of enchanting creatures. Above the ice and below, beluga whales, narwhals, bowhead whales, walruses, and murres prosper ~ from nationalgeographic.com.

Lyn Jarvis, contributing editor of Across the Fence, travels to Punta Arenas Chile and then to beautiful Antarctica and presents two videos of his amazing journey.

“If Antarctica were music it would be Mozart; art and it would be Michael Angelo; literature and it would be Shakespeare and yet it is something greater ~ the only place on earth that is still as it should be ~ may we never tame it…”

Lyn Jarvis travels to Antarctica ~ among the highlights; penguins, seals, humpback whales, and a rolling iceberg!

These videos are so refreshing and cooling for me ~ hope they cooled you off as well.