WARM OR COLD WATER FREEZES FASTER? ~ DO YOU KNOW?

The following article and responses were posted by George Dvorsky ~ see link at end of blog. 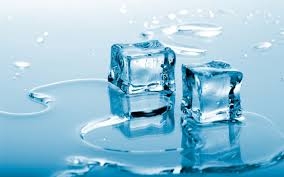 We may finally know why warm water freezes faster than cool water.

It’s a conundrum that’s baffled scientists since the time of Aristotle: Why do warmer liquids freeze faster than cooler ones? Researchers from Singapore’s Nanyang Technological University have come up with an awesome new theory that may finally put the mystery to rest.

It’s called the Mpemba Effect, and scientists have tossed around a number of theories to explain it.  Some believe that the nucleation temperature of water and the specific impurities it contains determines whether or not the Mpemba Effect will occur. Alternate theories suggest that it may have something to do with certain elements that are in the water, like salt, carbon dioxide, or magnesium. These compounds form a briny muck that causes water to freeze lower and boil higher than it should. And because heating water will shake free some of these substances, the Mpemba Effect can be facilitated.

These aren’t great theories — but they’re the best we got. At least until now.

The Stretching of the Bonds

According to the new study, the Mpemba Effect is caused by a small amount of energy that’s stored in stretched hydrogen bonds.

What the researchers discovered was that, as water gets warmer, distance increases between water molecules owing to the repellant force between them. This causes the hydrogen bonds to stretch, and a stretching bond means there’s energy being stored (heating stores energy into the hydrogen bond by shortening and stiffening it) — and this stored energy gets released as the water is cooled, allowing the molecules to get closer to one another. And when molecules get close enough to each other, we get that neat little effect we call cooling, and eventually, freezing.

Now, warm water has more of this hydrogen bond stretching action happening than in cool water. Warm water, therefore, stores more energy — and it has more to release when exposed to freezing temperatures. Which explains why warmer water freezes faster than cooler water.

It sounds like the researchers are really onto something, but it’s just conjecture at this point. Their paper, which appears at the pre-print archive arXiv, still needs to be scrutinized by their peers: “O:H-O Bond Anomalous Relaxation Resolving Mpemba Paradox.”

THE ROAD TO HAPPINESS – A MUST SEE

THE ROAD TO HAPPINESS – BEAUTIFUL AND INSPIRING MOVIE 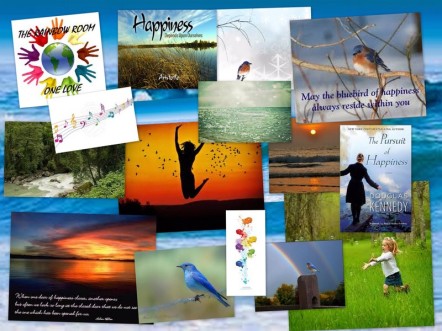 A quote from the book, “The Road to Happiness”, by Mac Anderson and BJ Gallagher: “I believe that happiness is an attitude of gratitude; and I commit to giving thanks.”

“Happiness depends on ourselves.” More than anybody else, Aristotle enshrines happiness as a central purpose of human life and a goal in itself. As a result he devotes more space to the topic of happiness than any thinker prior to the modern era.

“Happiness is like a butterfly; the more you chase it the more it will elude you, but if you turn your attention to other things it will come and sit softly on your shoulder.”  ~ Thoreau

“Being happy doesn’t always mean that everything is perfect.  It means that you’ve decided to look beyond the imperfections.”   ~ Unknown

“Happiness is when what you think, what you say and what you do are in harmony.” ~
Mahatma Gandhi (1869 – 1948), Indian leader and politician

Let us all strive to travel our own road to happiness with “The Happiness Creed”.