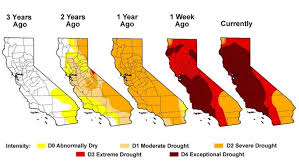 “The U.S. Drought Monitor shows nearly 40 percent of the state of California remains in exceptional drought, the highest level of drought and many communities are working to come up

with long-term solutions as reservoirs and rivers continue to diminish,” says Jeremy Hobson of NPR’s Here and Now.

On the show yesterday, Hobson discussed desalination as a solution to the drought with David Jassby, assistant professor of chemical and environmental engineering at the University of California, Riverside

and Sandy Kerl of the San Diego County Water Authority. There are currently 13 desalination projects under consideration along the California coast. 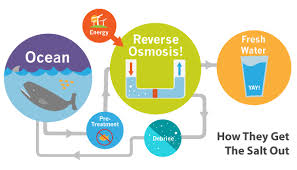 Jassby explains how desalination works, why in the U.S. we rely on reverse osmosis rather than thermal-based plants and the environmental impacts of the process. 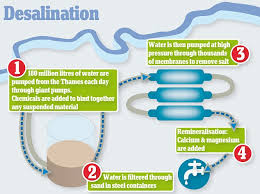 Desalination has been proposed for years in the U.S., but has always been shot down for being too expensive and requiring too much energy. Now, “the first desalination plant in Carlsbad is coming online in 2016 or maybe even sooner,” says Jassby.

The cost of desalinized water has come down significantly in recent years, making it “pretty comparable” to conventional water sources, according to Jassby. He expects that places that have “ready access to the ocean” and are water-stressed will employ desalination in the coming years. It’s already widely used in other parts of the world such as the Middle East, Australia and parts of Southern Europe.

When the Carlsbad Desalination Project is completed this fall, it will be the largest desalination plant in the Western Hemisphere. Kerl of the San Diego County Water Authority, which is partnering with

Poseidon Water on the project, explains why she believes the desalination plant is environmentally
sound and also necessary for the state of California. The state’s

recent snowpack survey reveals that the snowpack, a major source of drinking water for residents, is currently five percent of average, according to Kerl.