This Thanksgiving turkey has another idea about the dinner table. ~ Uploaded by Colt28683 on Nov 24, 2010

Gloria Gobbler is back and supremely funny! ~ Uploaded by killrace on Oct 13, 2008

IS THE GRASS ALWAYS GREENER?

A lush lawn can be a drain on scarce water resources, but it may also be a boon to cities with storm water issues ~ published in Water Canada magazine, Nov./ Dec. issue ~by Kerry Freek

Your city is suffering from an extended summer drought. Every blade of grass has recoiled from the sun. Every lawn has large, crispy sections which look more like hay than turf. One home’s lawn, however, defies the sun, looking lush; thriving in the sun. Feelings of jealousy override any rational belief that you’re part of the water conservation solution, making a small sacrifice for the greater good. Your aesthetically inclined neighbour has clearly ignored the citywide watering ban, but you have to admit that his lawn looks good.

Picking the right plant ~ Jealous neighbour jokes aside, watering bans are growing increasingly common across the country. However, while water scarcity is concern, it doesn’t always make lawns entirely out of the question. In fact, healthy lawns and water conservation practices may be able to coexist—at least for short periods of drought.

Finding the right grass can be difficult, partly because the broad use of the term “drought resistant” has many people confused. The current seed and sod market is saturated by companies with big claims and no proof. “Everybody has put ‘drought resistant’ on their packages…

Christine Zimmer of the Credit Valley Conservation Authority (CVC) says grass plays a role in a landscape’s ecosystem services, but the real key is biodiversity – especially when it comes to storm water management practices. How does a permaculture or rain garden stack up against a lawn made up of one species of grass, for instance? CVC is currently monitoring the differences in retention between low right-of-way rain gardens and grasses. Zimmer is also worried that the drought tolerant label could confuse consumers. “With new developments, people want a landscape to look nice right from the start. But when developers use turf, you don’t have stabilized roots right away,” says Zimmer. Even if the grass is rated drought tolerant, rain events will shuttle sediment into retention ponds until roots dig into plots.

Turf in cities ~ Still, a standard may go a long way in convincing municipalities and developers to acknowledge turf’s potential. Interest is growing, says Sean Moher of Manderley, Canada’s largest sod producer. “You’d be hard pressed to find a city that isn’t talking about water-wise landscapes and grasses. Drought tolerance is still so new, though. Industry has to be able to catch up to demand.”

For White, however, it’s not just about lawn advocacy. “If I can help people to avoid  installing artificial turf, that’s a win for us,” he says. “But there’s a bigger discussion going on here – landscape is a vital tool; it’s part of our cities’ infrastructure.”

GREAT IDEAS FOR MOVING WARM WATER AROUND THE HOME

The following is an excerpt from the Nov./Dec. edition of Water Canada‘s magazine.

“Rethinking pumps and pipes” – Hot ideas for moving warm water around the home, by Michael Anschel and Kerry Freek.

Even though hot water can be the first or second largest use of energy in many homes, not a lot of thought is given to moving it through buildings efficiently. Add domestic hot water use, filtration, and distribution networks, and the energy value of water becomes significantly larger than generally acknowledged. Think about turning on a shower. In many homes, it takes three or four minutes for hot water to reach the point of use. Meanwhile, a large volume of treated, potable water, pumped at a great cost through aging municipal distribution networks to residential taps is lost down the drain. When you turn up the thermostat, hot water flows through the entire radiator system, not just the rooms which need heat. From the simple to the extreme, here are a few possibilities for saving water and energy while maintaining a steady supply of hot water in a home.

Picking efficient water heaters and pumps:  The first step in any home is to secure an efficient water heater. Generally speaking, there are four options: tank, tankless, combi, and hybrid. A tank heats water and stores it for when it’s needed.  At its best, it is 54 per cent efficient. Tankless and combi units can reach 98 per cent efficiency and eliminate the risk of combustion gas spillage in the home. Combi units have the added benefit of replacing your boiler, making them attractive from a cost perspective. Hybrid tank heaters are marginally more efficient than tank heaters at more cost, headache, and negative side effects… Over the years, pump technology has become increasingly more efficient – today’s pumps use a fraction of the energy that older models do. A smart pump could make a significant difference, radically improving an old system… A smart pump can also learn patterns and makes predictions. For example, if you wake up and take a shower at 7 a.m., the pump will run the line at 6:55 a.m. and, by the time you get to the shower, hot water is ready and waiting. The same pumps can send heat to your bedroom, bathroom, and kitchen in the morning selectively, rather than to the entire home…Re-circulating systems can provide some of these same benefits. The pumps that control these systems can be operated by switch, motion detector, or remote control. Pushing a small button on the way to the bathroom in the morning, for instance, could trigger a small pump that silently runs the hot water line, returning the cooler water in the line back to the tank and drawing piping hot water up to the shower valve so that it’s hot when you get there…

An efficient system is half the battle:  Switching from a tank to tankless system or replacing old model pumps with smart pumps may not make as much of an impact on energy bills if the delivery systems – that is, the pipes are inefficient. Switching an old 50 per cent efficient tank water heater to a high-efficiency tankless system will save energy, but in many cases even greater savings can be found by replacing or modifying inefficient delivery systems: the pipes. In many homes, the hot water heating station is a healthy distance from the point of use, such as a faucet. Residential systems may be better off with a new design approach – particularly in new construction. Here, the opportunity to completely rethink the layout of water pipes can yield the greatest amount of efficiency with the least amount of energy and resources…

Picking our battles: Understanding the value of a systems approach to hot water delivery and the opportunities that exist with high-efficiency smart pumps on our heating systems is an important first step. With minimal expense, we can easily modify existing systems and install new systems to be exponentially more efficient. We have an obligation to each other to make these changes a priority in our retrofit and new construction process.

This will take some of our readers w-a-a-a-y back down memory lane and will be an eye opener for our young readers ~ the POWER of Popeye’s spinach – WOW!!!  The original air date of this classic animated film was January 21, 1938. The song that Popeye and Bluto sing at the beginning was originally featured in Max Flesicher’s 1936 “Color Classic“, “Christmas Comes But Once a Year“.

Here’s a comment I like posted by a YouTube member, sashi138, 2 years ago, “NOW THAT ONE IS WORTH IT!! Its one of those rare ones where Popeye and Bluto get along, AND It shows just how huge a heart the one-eyed sailor has for children, animals, and the (often forgotten) elderly. GO SPINACH POWER!!!”

Have an enjoyable and safe New Year’s Eve celebration and come back tomorrow for our “Happy New Year 2013 – Awesome!” blog.

This Thanksgiving turkey has another idea about the dinner table. ~ Uploaded by Colt28683 on Nov 24, 2010

Gloria Gobbler is back and supremely funny! ~ Uploaded by killrace on Oct 13, 2008

“A Tribute To A Mother’s Love”

WHEN YOU STOP LAUGHING – SEND IT ON TO OTHER MOTHERS, GRANDMOTHERS, AND AUNTS… and anyone else who has anything to do with kids or just needs a good laugh!!!

WHY GOD MADE MOMS

Answers given by 2nd grade school children to the following questions:

Why did God make mothers?

To help us out of there when we were getting born.

How did God make mothers?

God made my mom just the same like he made me. He just used bigger parts.

What ingredients are mothers made of?

God makes mothers out of clouds and angel hair and everything nice in the world and one dab of mean.

What kind of a little girl was your mom?

My mom has always been my mom and none of that other stuff.

Why did your mom marry your dad?

My dad makes the best spaghetti in the world. And my mom eats a lot .

Who’s the boss at your house?

Mom doesn’t want to be boss, but she has to because dad’s such a goof ball.

What’s the difference between moms and dads?

What does your mom do in her spare time?

To hear her tell it, she pays bills all day long.

What would it take to make your mom perfect?

If you could change one thing about your mom, what would it be?

I’d make my mom smarter. Then she would know it was my sister who did it not me.

THE BEAUTY OF A MOTHER’S LOVE

A  Mother’s Day Tribute from your friends at Rainsoft Ottawa!

Have a wonderful day and enjoy the video! 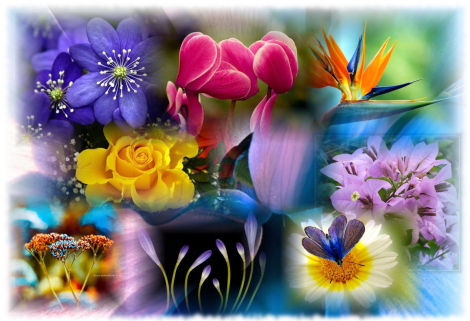 An excerpt from Heart of a Mother by Paula J. Fox.  Mothers are also a lot LIKE flowers in many ways… As the heart of a Mother grows and blossoms in beauty and grace, she spreads her fragrance of LOVE not only in her home, but throughout her world…

Baby’s Breath
Our first flower reminds us of the very beginning of a woman’s life as a Mother…the moment when she takes her first child into her arms and smells the fragrance of that sweet Baby’s Breath. Her heart will never be the same again. 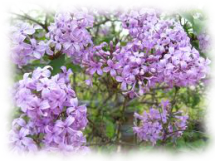 Lilac
The Lilac represents the fragrance of a Mother’s sacrifice…the lovely scent of forgiveness that results when a flower is crushed and gives back to the very one that crushed it. It reminds us of the beauty that surrounds a Mother who is always willing to forgive her children’s faults and offer them compassion, mercy and unconditional love.

Hydrangea
The Hydrangea has a wonderful quality of being able to change color from shades of pink to blue. Initially it was thought that this flower was like a chameleon, changing color to match its surroundings, but experiments proved that the color is actually determined by the roots of the plant and the kind of soil it is planted in. This illustrates the Mother who gives her children a rich foundation of love and deep roots of character and strength.

Mac Anderson, Founder of Simple Truths, speaking with Paula Fox – “She said the speech is called The Heart of a Mother…The Beauty of a Mother’s Love. “However, what makes it unique is that I compare a mother’s love to 30 different flowers… each symbolic of the love a mother has for her child.”

We’d like you to share with others.
Many thanks for visiting and we hope to see you back here soon!