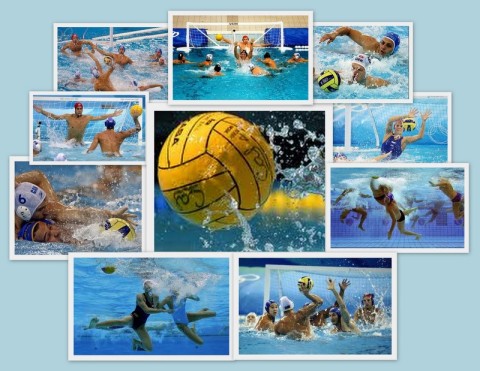 Water polo made its Olympic debut at the Paris Games in 1900. It was not included in 1904, but would be present at each subsequent edition of the Olympic Games.

In the early days, the players rode on floating barrels that resembled mock horses, and swung at the ball with mallet-like sticks. This made it similar to equestrian polo, hence its name. 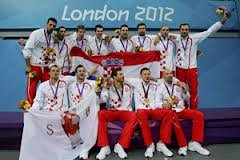 Croatia secured gold in the men’s Water Polo final at London 2012.  The Balkan outfit have been the outstanding side of the London 2012 tournament, with eight wins from eight matches, and end it as worthy champions.  Their dominance in defence was too much for the Italians, who are reigning world champions. 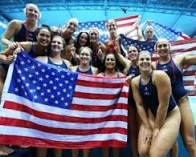 Americans won their first ever Olympic women’s water polo title.  United States secured gold in the women’s Water Polo final at London 2012 against Spain.  Americans finished 3rd in 2004 and 2nd in 2000 and 2008.

YouTube video, “a guide to water polo“, uploaded by TommyGunn54 on Mar 23, 2007 ~”A simple explanation of why water polo is the toughest sport on earth. It’s my first video I’ve ever made. The song is “The Show Must Go On” by Queen. I think it captures the game of water polo well.”

You might like to review my 2 previous WordPress blogs on this subject before you enjoy this post – expecially the video!: “Nowhereisland …Just In Time For The Olympics (Part 1)”, published Feb. 27/12; and “Nowhereisland (Part 2) – About The Project”, published Mar. 5/12.  Thank you.

The creative idea itself is actually rather captivating: find an Arctic island that has recently been exposed by melting ice and then break off some rocks to form a new “island nation” which can then be transported to the waters off the UK in time for the 2012 Olympics. During its conception, Hartley billed it as a “travelling embassy” intended to highlight issues such as climate change and land ownership. Here’s how Alex Hartley’s website explains it:

In 2004, artist Alex Hartley discovered an island in the High Arctic archipelago of Svalbard, whilst on the Cape Farewell expedition. The island revealed itself from within the melting ice of a retreating glacier and Alex was the first human to ever stand on it and with the help of the Norwegian Polar Institute, the island, named Nyskjaeret, is now officially recognised and included on all maps and charts subsequent to its discovery. In September 2011, Alex returns to the Arctic to retrieve the island territory. Once in international waters, Alex will declare Nowhereisland a new nation.

Nowhereisland is one of 12 “Artist Taking the Lead” projects commissioned for the Culture Olympiad next year.

An Arctic island travels south. Nowhereisland will arrive off the coast of Weymouth for the opening of the Olympic sailing events and, hosted as a visiting island nation, the island will make a 500-mile journey around the south-west coast. An art project by Alex Hartley, produced by Situations at the University of the West of England.

A short film about Nowhereisland

This has footage from the 2011 Arctic expedition and you’ll hear from Alex Hartley and Claire Doherty, Director of Situations, who are the producers of Nowhereisland.