Apparently Winston Churchill loved paraprosdokians (often mispelled as araprosdokians). These are figures of speech in which the latter part of a sentence or phrase is surprising or unexpected, and frequently humorous. Here are 29 to get you giggling.

Well I agree – nothing like clever humour –
these certainly had me chuckling!

Where there’s a will, I want to be in it.

The last thing I want to do is hurt you, but it’s still on my list.

Since light travels faster than sound, some people appear bright until you hear them speak.

If I agreed with you, we’d both be wrong.

We never really grow up, we only learn how to act in public.

War does not determine who is right – only who is left.

Knowledge is knowing a tomato is a fruit. Wisdom is not putting it in a fruit salad.

They begin the evening news with “Good Evening”, then proceed to tell you why it isn’t.

To steal ideas from one person is plagiarism. To steal from many is research.

Buses stop in bus stations. Trains stop in train stations. On my desk is a work station.

I thought I wanted a career. Turns out I just wanted paychecks.

In filling out an application, where it says, ‘Emergency contact’, I put ‘doctor’.

Women will never be equal to men until they can walk down the street with a bald head and a beer gut, and still think they are sexy.

A clear conscience is the sign of a fuzzy memory.

You do not need a parachute to skydive unless you want to do it again.

Money can’t buy happiness, but it sure makes misery easier to live with.

I used to be indecisive. Now I’m not so sure.

To be sure of hitting the target, shoot first and call whatever you hit the target.

During WWII Sir Winston Churchill address to congress began with: “It has often been said that Britain and America are two nations divided only by a common language”. 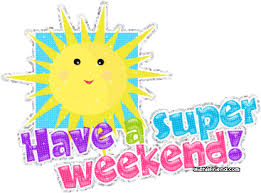