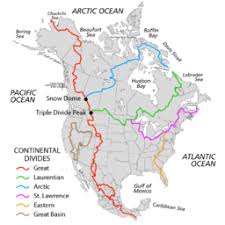 Kananaskis Country is a giant scenic playground covering 4,257 square kilometers of the Rocky Mountain foothills. There are many ways to explore the region, but Andre Prefontaine chose to venture offroad on horseback (look for his story in the September 2015 travel issue of Canadian Geographic). Guiding him was the charismatic Dewy Matthews of Anchor Doutfitters. For seven days the group moved through the Highwood Range to the Continental Divide and into British Columbia. Here’s a glimpse into their trip.

The group makes their way up to Fording River Pass, along the continental divide, before crossing into British Columbia. After leaving the tree line behind they reached a large stony area where a patch of petrified horn coral dating back to the mid-to-late Cretaceous period, some 66 to 140 million years ago. (Photo courtesy Janet and Mike Michaud)

Dewy scans the horizon on day 3, from the summit of a mountain he called the Strawberry Hills. (Photo courtesy Janet and Mike Michaud)

Atop the Strawberry Hills. (Photo courtesy Janet and Mike Michaud)

Lunch break on the summit of the Strawberry Hills afforded breathtaking 360 degree views of the valleys below. (Photo courtesy André Préfontaine/Canadian Geographic)

An early morning view of Mount McPhail through the mist. Taken at the third and final base camp along McPhail Creek. (Photo courtesy André Préfontaine/Canadian Geographic)

Three chuck wagons follow the Highwood River as the group makes their way out of the mountain back to High River Junction on the last day of the ride. The wagons contain all the gear and food for the seven-day ride. (Photo courtesy André Préfontaine/Canadian Geographic)

Dewy stands on a fossil patch on the way up to the Fording River Pass. (Photo courtesy Christine Thomas)