Beach brothers back in the water for second season on TVO

Alex and Tyler Mifflin star in The Water Brothers, which launches its second season September 10 on TVO. Photo courtesy TVO

Beachers Alex and Tyler Mifflin care mostly about three things – one is oxygen, and the other two are hydrogen. The Water Brothers, as the siblings are more widely known, are proud to launch the second season of their eponymous television show tonight, Sept. 10, on TVO.
The brothers sat down last week to talk about all things wet and adventurous, including learning to sail large boats, travelling to the largest festival in the world, ever, in India, and of course focusing on problems in our own back yard, such as the lack of clean drinking water in northern First Nations communities, a national shame in a country blessed with as much fresh water as Canada.
“There’s a vastly disproportionate impact on First Nations,” said Tyler.
So why focus on water to begin with?
“Everything is interconnected through water,” said Alex.
Even though social, environmental, economic and political issues all tie in to clean water, “we don’t see the connections. It’s not always obvious to us,” said Tyler.
While the brothers are passionate about water issues, they realize that working in television, they need to keep their message entertaining, particularly to reach a younger audience. That’s where the travel and adventure comes into play. 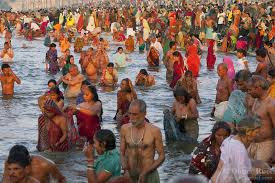 In one episode, the brothers travel to India for the Kumbh Mela Festival on the Ganges River, one of the most celebrated yet polluted rivers in the world.
On the same trip they carried on to Bangladesh, which Alex says is “the canary in the coal mine in terms of climate change.”

One adventure sees Alex and Tyler sailing to a remote area in the Pacific ocean, to visit “the great Pacific garbage patch.”
On a related recent trip in Lake Ontario, the boys travelled with a crew to measure the amount of plastic debris in their home waters.

“We don’t have the capacity to filter out small pieces of plastic in our wastewater stream,” said Tyler. “It’s being produced even faster than we can figure out where it’s going.”
Another episode involves farmed fish in British Columbia, which might also hit close to home, at least with Toronto seafood lovers.
“Salmon is such an iconic species in Canada, especially on the west coast. It’s a keystone species,” said Tyler.
Alex

agrees, pointing out that what we eat in Ontario creates a measurable impact on water quality in western Canada.
“We aren’t necessarily directly connected to the ocean, but we make food choices every day which do connect us to the ocean,” he said.
Both brothers agree that presenting solutions is a key aspect to their show. From large scale changes to individual choices, Alex and Tyler always try to present viewers with tangible actions they can take to effect change.
Although the brothers are already in the early planning stages for season three, the current season is set to premiere on TVO tonight, Tuesday, Sept. 10, at 7:30 p.m. The episodes can also be streamed any time after broadcast at tvo.org and thewaterbrothers.ca. 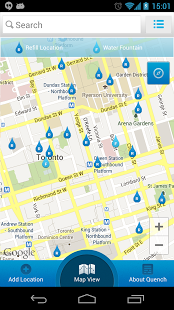 Alex and Tyler are also working on redesigning and expanding Quench, their mobile app which offers users a map of the closest taps to fill up on clean water in the GTA, to help reduce reliance on plastic bottles. Quench can be downloaded for Android and iPhone.
Anyone interested in helping out directly alongside the Water Brothers can join Alex and Tyler, and many others, at Woodbine Beach on the morning of Saturday, Sept. 21 for the annual Great Canadian Shoreline Cleanup.

CAN I BE MORE WATER EFFICIENT? WATER BROTHERS WEIGH IN

“For the past year and a half, my brother and I have been travelling the world exploring incredible water related environmental stories. Whenever we return home our friends and family all want to know how they can make a positive difference in their daily lives. So, here are three questions you can ask yourself and some tips to help you get started:

Three questions you can ask yourself and some tips to help you get started making a positive difference in your water usage.

By Alexander Mifflin, star of the new TVO show, The Water Brothers

1) Where does my drinking water come from and what are the big threats to this freshwater supply?

Find out where your municipality or township sources their water and then figure out how to improve the health of your local watershed. Usually these can be very simple actions like avoiding putting pesticides and artificial fertilizers on your lawn or disposing of pharmaceuticals and hazardous chemicals properly (and not down the drain or toilet!). Most municipalities across North America will provide the proper disposal methods on their websites.

actually come from and how was it caught (or grown)?

All major commercial fish stocks are predicted to collapse by the year 2048.

Our oceans are in crisis and our eating habits are the main cause.

The good news is that by simply asking the right questions and being more careful about what you choose to eat you can play an important role in healing our oceans! Use a seachoice.org or seafoodwatch.org pocket seafood guide or Smartphone app so you will always know the best choices.

and your toilet are the two biggest water guzzlers in your home.

and only water in the evening to reduce evaporation).

if you don’t already have one (rebates are often available)” 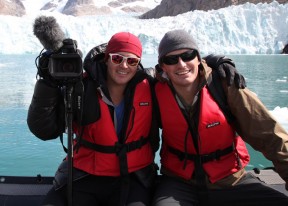 The show follows real-life brothers Alex and Tyler Mifflin as they travel around the world showcasing the challenges faced by water, our most valuable and extremely troubled resource.

Originally from Toronto, the Mifflins have effectively created the show on their own: Alex is the lead researcher, co-writer and co-host, and Tyler is co-host, director and co-producer.

In the first season, the show features locations such as the Mekong River in South East Asia, the Arctic Circle, the disappearing coral reefs of the Caribbean, and the Carp-infested waters of the Mississippi and Illinois Rivers.

Tyler is a skilled cinematographer and emerging director. He graduated from the University of British Columbia with a major in film production. Tyler got his start in film and television industry at a young age when he shot and starred in an episode of the YTV reality show Road Scholars, for which he traveled all over France, Italy and Switzerland, exploring many cultural wonders and doing extreme sports such as snowboarding, wakeboarding, mountain biking and rock climbing. Tyler has filmed projects in Cambodia, Laos, Belize, Mexico the U.A.E, and all over Canada, from the rough mountaintops of the Rockies to the urban streets of Toronto and Vancouver. Tyler recently completed a course in 3D filmmaking presented by the Canadian Society of Cinematographers. Tyler’s hobbies include any sport that involves a board, scuba diving, rock climbing, reading, playing music (harmonica, drums) and video games, and spending time at his family cottage on Georgian Bay.

1 billion people don’t have access to clean drinking water. Water is a finite resource, and it is being taken for granted. It is important that we do what we can in our everyday lives to sustain water for future generations.

The idea to embark on The Water Brothers project first arose when Alex started working alongside his brother at SK Films in 2009 conducting research for IMAX® films in development. After receiving a degree in International Development and Environmental Studies from Dalhousie University and the University of King’s College earlier that year, the decision to join the family business and then begin The Water Brothers project were easy since they both allowed him to combine his interests in science and the environment and use film to explore how humans can harmonize our relationship with water and the natural world. When he isn’t hosting television shows, reading, enjoying music or thinking about the worlds biggest social and environmental dilemmas, Alex likes to spend his time playing sports, watching sports, taking scuba diving trips, and hanging out with friends surrounded by nature at the family’s Georgian Bay island cottage.

Climate change is having a devastating effect on several places around the world. The great thing is that we can make little changes to curb it, like driving hybrid cars or turning off your lights when you’re not home. We can all make a difference.

To coincide with UN World Water Day, the Mifflins will launch their free mobile app called “Quench,” which tells users in Toronto and the Greater Toronto Area where the closest water refill stations are.

The Mifflins will also be appearing at the Green Living Show in Toronto on Eco Youth Day: April 13, 2012.